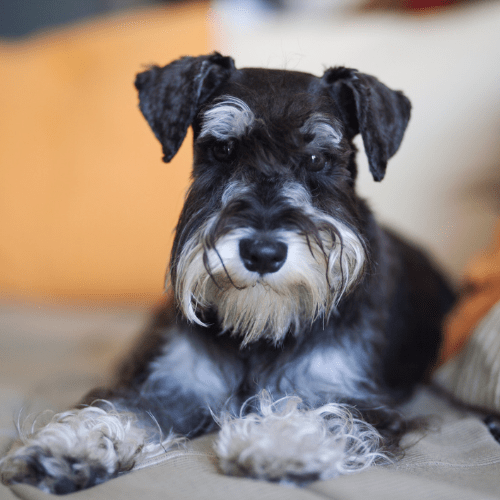 Dogs in season: Your guide to the dog heat cycle Philippa is a certified dog trainer and behaviourist. Having set up her business Animal Friend in 1997, she believes in taking a kind and holistic approach to dog training. Her passion is helping owners to understand their dogs and increasing the bond between canines and humans.

Experiencing your female canine’s first season can be a bit intimidating when you don’t know what to expect.

But there’s no need to worry when you have expert dog behaviourist Philippa Short to guide you through the process. From the signs and symptoms to easing your pup’s discomfort, here’s what you need to know about the dog heat cycle. 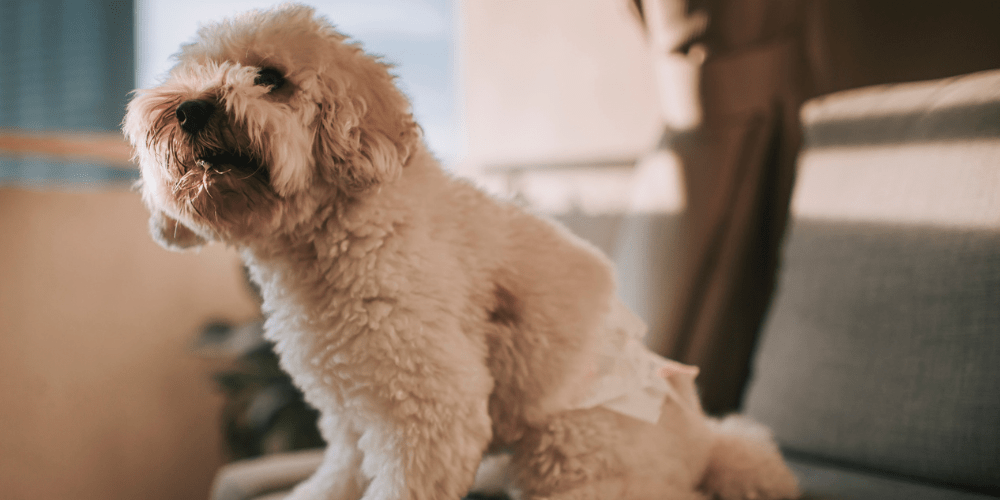 Do dogs get periods?

Yes, dogs do get periods – though it’s not the same kind of period that we humans experience.

Female pups have their own unique heat cycle (which is known as being ‘in heat’ or ‘coming into season’). It’s during this time that your pooch becomes fertile and can get pregnant.

> When do dogs get their first period?

Female dogs reach sexual maturity (and so get their first period) at different times. A dog’s first season can start anytime from six to 24 months old, and smaller breeds mature more quickly than bigger ones.

There has been the odd occasion when a smaller breed has come into heat at five months old, but this isn’t the norm.

Most dogs will come into season before their first birthday – but don’t panic if it happens later than this. Dogs are individuals and so will differ in how long they take to mature.

Try speaking to your breeder as sexual maturity timing can be passed down genetically from the mum. Households with multiple females can also come into season together if they share attention from the same male dog.

If your female pup reaches 16 months without having a season, it’s worthwhile reaching out to your vet. They can see if there’s an underlying medical problem causing the delay.

> How long do dog periods last

How long a dog’s period last depends on the individual pup and whether they have a cycle once or twice a year. Bleeding can last anywhere between three and 21 days – but more on that later. 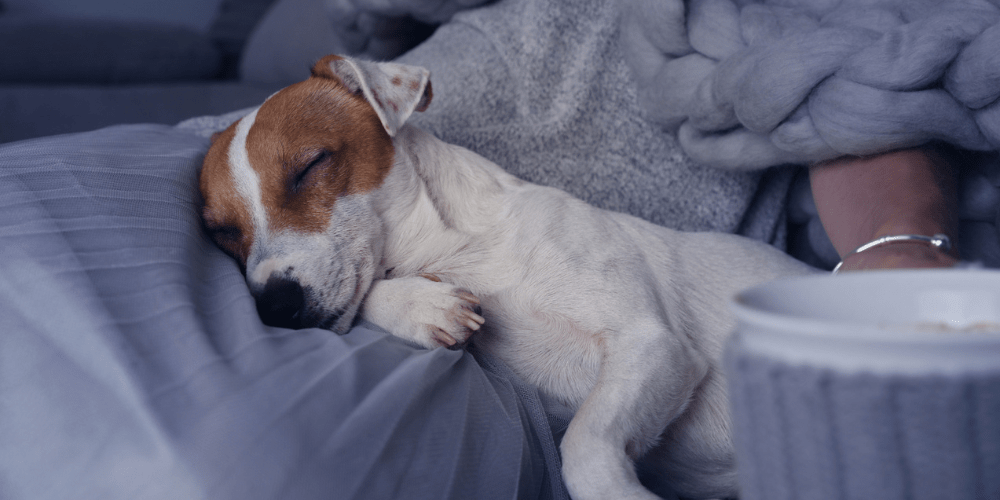 Signs a dog is coming into their first season

So, how do you know when your puppy is coming into their very first season?

Although you can’t single out the exact day, a rise in your dog’s hormones creates some telltale behavioural signs. She could become:

Keep in mind that your pooch can also be very up and down when in heat. She may switch between different emotions and behaviours from day to day. Simply accept that she is emotional and allow her to go through those emotions as needed.

It’s also very normal for your pup’s eating habits to change. Depending on her hormones and what she’s doing that day, she may go off her food or want to eat everything.

So don’t worry if she starts picking at dinner or refusing meals. You may find dry dog food doesn’t cut it and need to spruce up meals with other things.

She may also feel a bit queasy during her first week in heat, meaning the occasional small upchuck can happen. But if she’s going off her food for more than five days (or has regular vomit and/or diarrhoea), speak to a vet. 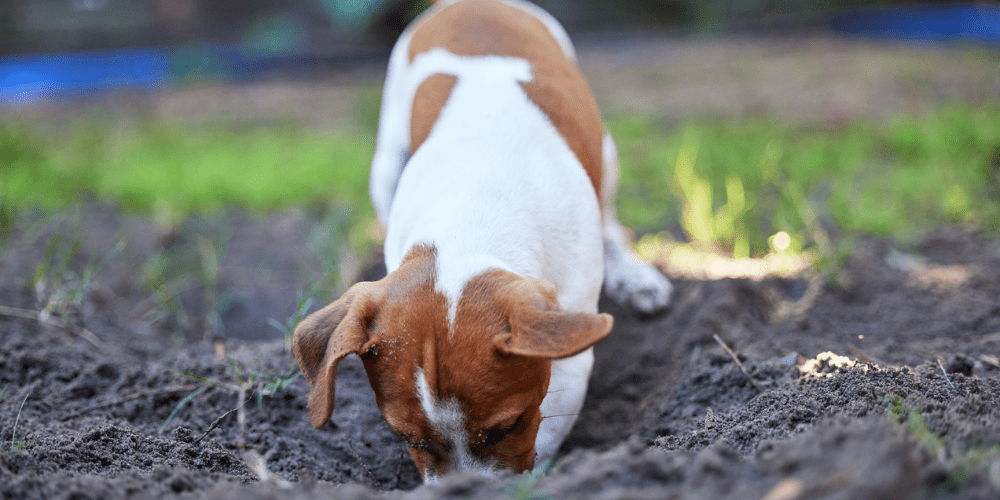 > Other common symptoms and behaviours of a female dog in heat

Negative behaviour between several female dogs in the house needs to be carefully managed. Although this behaviour tends to only happen in heat, allowing fighting can affect their relationship in the long term. If you’re ever worried that negative behaviour is starting to escalate and don’t know how to handle things, speak to a professional. 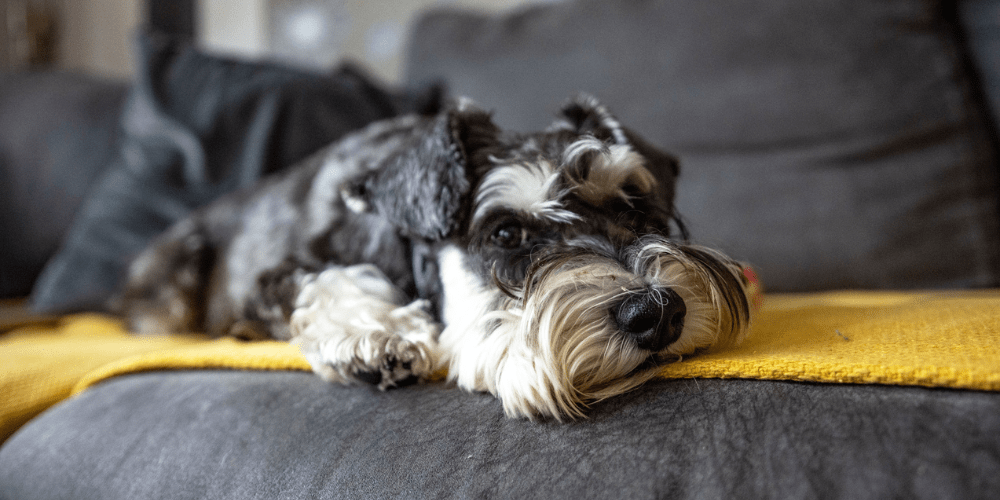 > How long does a dog stay in heat?

A dog can stay in heat anywhere from two to 30 days. The season begins at the first sign of bleeding. It then ends when your pup loses interest in mating and her vulva goes down in size.

Let’s take a closer look at how the dog heat cycle works.

> How often do dogs come into season?

A female pooch comes into season roughly every 5 to 7 months, though some may only cycle once a year. This could happen to any pup but can be more common with certain breeds like Basenjis and Beagles. 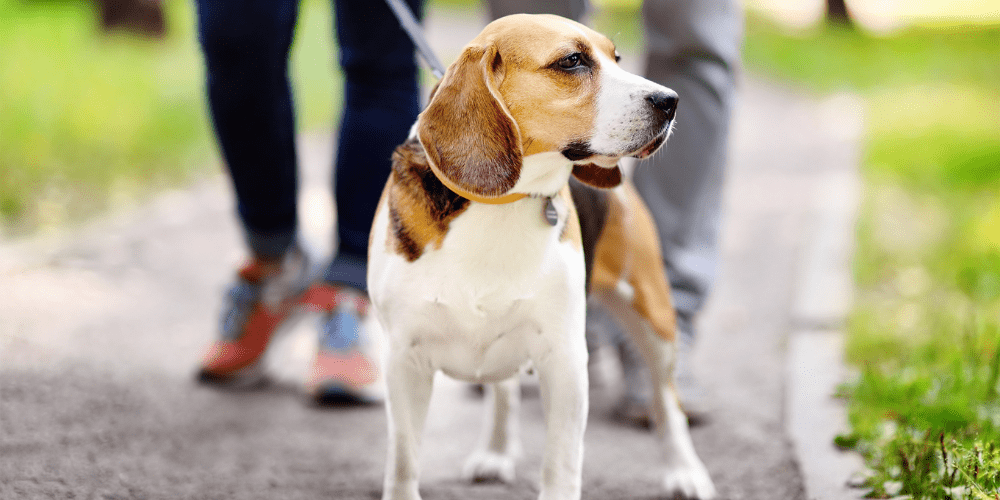 Training and caring for your dog in heat

A gentle approach needs to be taken if you’re looking to do some training with your canine while she’s in season.

Keep in mind that when your pup is in the ‘looking to mate’ stage of heat, she will be tricky to handle. If she can scale a fence to get to a male dog, she will try it. Use a long lead if you’re in an area where she could escape.

Although it’s not illegal to walk your female pup while in season, it’s safer to book a solo slot session in a secure dog park with high fences.

You can also give your canine lots of enrichment at home by stuffing Kongs, hiding treats, and using mental games like puzzles.

Give your pooch a good shampoo bath at the end of her heat cycle to clean off her seasonal odour. You may need two or three cleans to make sure there aren’t any smells left around her bloomers and back legs. 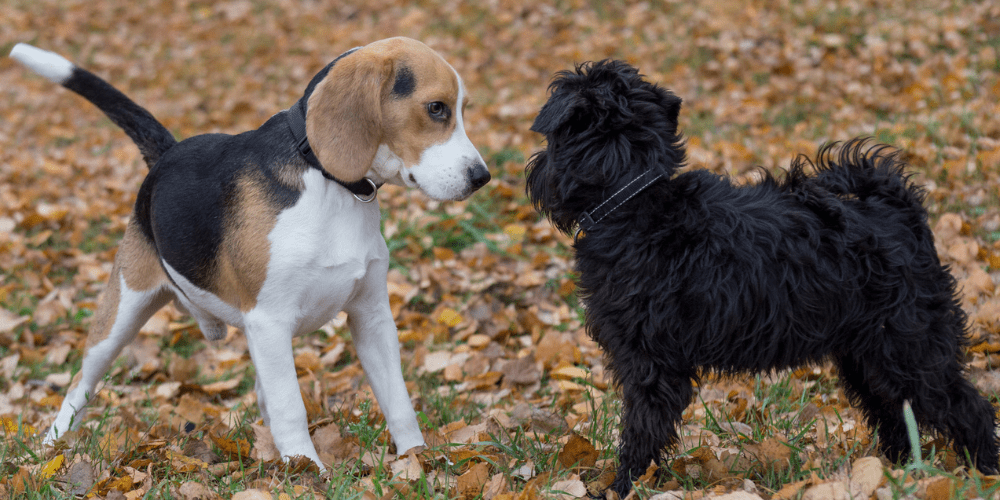 If a male dog latches onto your pup and starts humping, the most important thing is to not try and pull them apart.

This is because male dogs have a gland in their penis which swells to lock them inside the female. They then rotate to face the opposite direction, causing the dogs to be stuck bottom to bottom.

By trying to separate them in this position, you could tear both pooches and cause serious injuries. And even the gentlest of male dogs will react if you try and pull them off when they’re mounting.

Remember to be a supportive pet parent when your dog is in heat. She’s going through a mentally and physically challenging time, so always be mindful and let her lead you on what she needs.

Give your female pup the freedom to live her best life, even through those tricky heat cycles! Choose flexible cover with Petsure dog insurance.